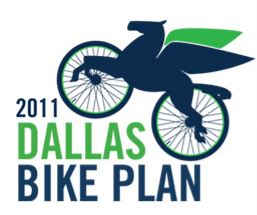 On Thursday, January 20th, 2011 the city of Dallas will have the 3rd public meeting of the 2011 Dallas Bike Plan project.  At the meeting, they will present the revised drafts Dallas Bikeway System network (based on public comments at the September 23rd meeting). They will also be presenting recommendations on priority routes, bicycle safety and awareness education, bicycle parking, and guidance on the design of bicycle lanes, shared lane markings, cycle tracks, and wayfinding.

Please check back soon for more details, including time and location. If you haven’t already done so, please click on the “Join Our Mailing List” link in the upper left hand corner of their page to receive a copy of the project newsletter as well as emails about upcoming project events.

At the Texas State Fair in 1899, Monagan won the state cycling championship using this bicycle.

Monagan, an Irish-American living in Dallas, not only rode bicycles competitively but excelled in a variety of other sports as well. He played on the city football team, bowled, was an avid golfer, and even roller skated.

He was active in a number of clubs, including the Dallas Wheelmen, of which he was elected president in 1887. He organized and officiated numerous bicycling and sporting events throughout the 1890s and early 1900s. He also was active in social welfare organizations, serving as secretary of a relief committee in 1908. In 1919, he organized the exclusive Dallas Athletic Club, still in existence today.

Tom Monagan’s high-wheeled bicycle can still be seen in the Old Red Museum in downtown Dallas.

Monday Night Mash: Back and ready to party

Hey everyone! As ironic as it may seem, our first of many regular postings start with a shout out to Bike Friendly Deep Ellum and an upcoming ride that’s happening on Sunday morning. Check it out!

Where: Meet at La Grange
When: Sunday, November 7, 10 AM
What: A ride intended for people who want to bike faster, longer.
Where are we going? Bike to and around White Rock Lake, back in time for brunch at La Grange.
I’m not sure if I’m fast enough to participate: We don’t have spandex, hyper-light, full carbon anything, so no land speed record will be broken.  Just come out and we promise to not leave you behind if you promise to not leave us behind.

Its not really about the neighborhood, but it is.

Neighborhood advocacy for its inhabitants is useful. As my friend said though, its really about cycling in DALLAS at large and making it a safe fun place to ride (when its not 105°).

Downtown, the Cedars (where I work), Deep Ellum (where I live), Oak Cliff, Lakewood, Knox/Henderson ~ all are a part of the whole and all connected.

If nothing else, I hope this really-just-a-placeholder-for-the-time-being group reminds us of that.

Anyone who wants to take up the reins and admin this is welcome to it. (Marc?) It can reach out to all you folks who live in Southside on Lamar, and the different buildings downtown. Kit-Kat Cruiser can host leisurely cruiser rides (again, Marc?).

And I invite anyone to join us over at Bike Friendly Deep Ellum, a REAL group of good folks who actually DO organize rides, or get involved with Bike Friendly Oak Cliff, a very well established and strong advocacy and support group, or Fixed Minus Dicks for their Tuesday night rides often through and past this neighborhood (Lee Harvey‘s anyone?).